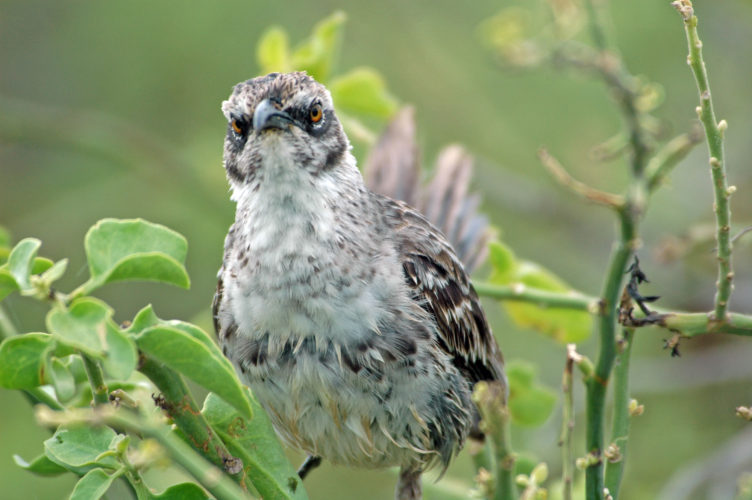 Yes, it’s true – you can once again do Galapagos day tours to Espanola Island from San Cristobal Island!

For the past 5 or so years, the only way to visit Espanola Island was by taking an expensive multi-day cruise. But as of May 2016, the Galapagos National Park began allowing Espanola day tours again. These day tours start from San Cristobal Island. You can not visit Espanola Island on a day tour from Santa Cruz. As with most regulated visitor sites in the Galapagos, there are limited permits which restrict the number of people who can visit the island.

Different day tour boat providers get permits for different days of the week, and many of them are not found online – which makes it quite difficult for people to plan such day tours ahead of time.

For our Galakiwi travelers, we include the option to add an Espanola day tour to the start or end of any of our regular 6-day or 10-day Galapagos land tours. We can also put together custom island-hopping land tours that include Espanola Island, Bartolome Island or almost any other island in the Galapagos. Because this change is still quite new, the price and quality of these day tours can vary quite a bit. We’re working with a number of our friends and business contacts here on San Cristobal Island to determine who operates the safest and best valued Espanola Island day tours on each day of the week.

There are two main sites at Espanola Island. Punta Suarez offers good hiking and bird watching. Bahia Gardner, another popular site on Espanola Island is a beautiful beach that sea lions like to lounge on. The beach is also a great snorkel spot. A visit to Espanola Island may treat you to a number of species endemic to this island. The Hood Mockingbird, as well as the lava lizards and marine iguanas are all considered unique species or subspecies. Depending on the time of year, an Espanola Island day trip is also a great option to see blue-footed booby courtship rituals, or to catch a glimpse of the impressive waved albatross. If you want to take a land tour in the Galapagos Islands, and add a day trip to Espanola Island, let us know…we’ll happily put a custom tour together for you!

Contact us to learn more about Espanola Island Day tours. Why not add an Espanola Day Tour to your Galakiwi trip? Help please! 2 of us are on San Cristobal island right now and would like to Espanola! Please get back to me ASAP

Hi Lois, did you make it to Espanola? How was the trip?

Hi, how much would it cost for a single day tour to espanola?

how do I book an espanola day trip please?

Hi Carla!
There are some websites online that offer them, but Galakiwi does not sell Espanola Island day tours, so we are unable to recommend anyone.

hi, arriving on the 01/03/18 to Baltra, and plan to stay 2 d in Isabela and 2 d in San Cristobal, what would be schedule to visit Española around that time? thanks for the info

Hi Lilian!
How was your Galapagos trip? It must have just ended. Hopefully you had a great time visit the islands, including Espanola.

Hello Hideo!
The Espanola day tours do not run every single day, but they do run most ays of the week. A normal price for this day tour is $250. Enjoy your time in the Galapagos!

Hello, can I book a day trip with you from San Cristobal to Espanola island for two adults on Sunday, 24/11 or Monday, 25/11?

Hello Stefanie,
We do not offer these day tours ourselves. If you send us an email or have booked a multi-day tour with us, we can assist and point you in the right direction to a reputable day tour operator. Thanks!